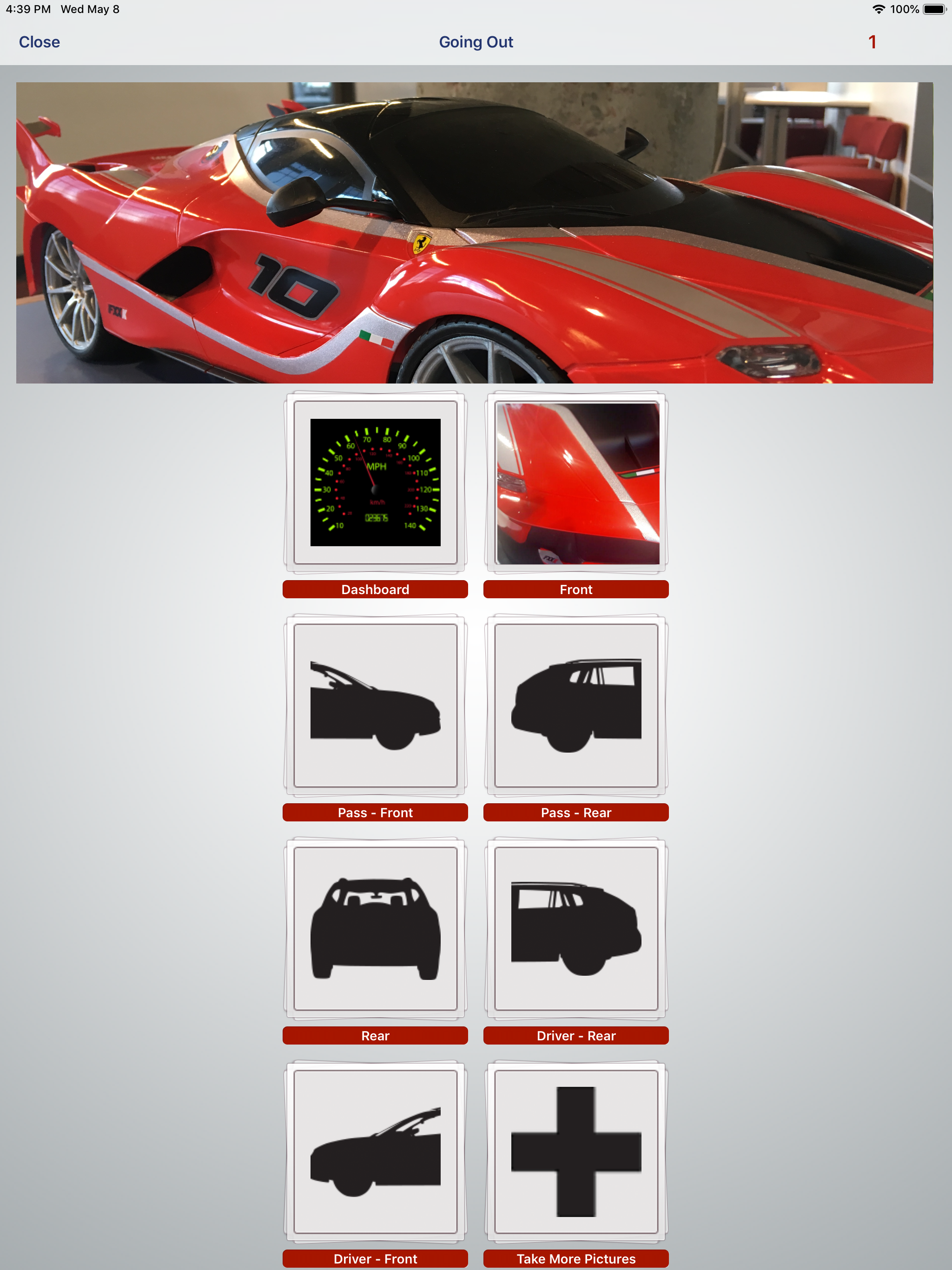 Last week we added iPad support for DAMAGE iD. iPad is a really great platform. We just love it. There is so much room on the screen. It feels like a clipboard in your hand – it just fits your hands better than a tiny phone. Feels like the right tool for a walk-around.

Although iPad is very different from the iPhone in terms of capabilities, the iPad version of DAMAGE iD is mostly the same as the iPhone version – with a few differences.

One difference is that you can rotate the iPad in any direction when taking photos. Another is that the icons and buttons are larger and easier to click.

In the future, we hope to make even better use of the special capabilities of iPad. One potential future application of iPad, given it’s larger size, is the ability to mark damage directly on the photo dragging your finger across the screen. Imagine red boxes or circles…. right to your photo or video! We think that feature would work really well on iPad and are looking forward to working on such a feature soon.

But for now, we just wanted to get it out on the Apple Store because we love new customers! (iPad support opens up DAMAGE iD to a whole new category of users.)

To download, just visit the App Store with your iPad.

In the Boston Globe Article, A rental car debacle and a recommendation – shoot a video before leaving the lot May 5, 2019, Sean P. Murphy recommended that ALL people renting vehicles of ANY sort, be sure to digitally document the condition of the Property BEFORE using it.

If Your Customers are taking photos and Videos, shouldn’t YOU do the same??? All Rental companies for Cars, trucks, SUVs, Campers, golfcarts, snowmobiles, boats, airplanes, etc, should have a foolproof, digital documentation of their Fleet.

DAMAGE iD NOW offers a Video feature for Android users and Apple users will have the same feature very soon. 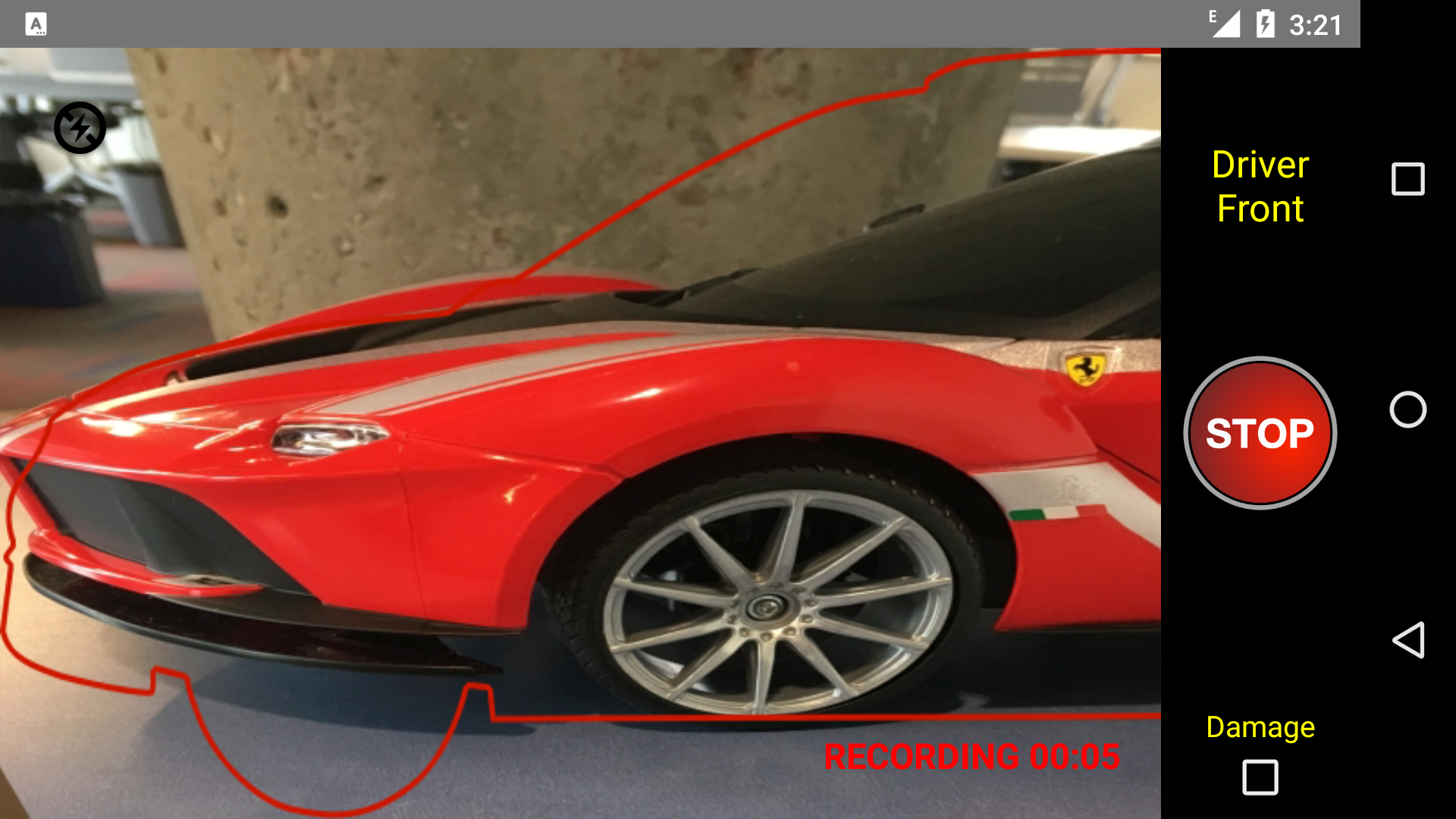 At the 2019 Las Vegas International Car Show, we announced we would be adding video to the DAMAGE iD platform.

What are the benefits of video?

How does Video work in DAMAGE iD?

However, you will now see a red button beneath the camera shutter button. (See below).

After clicking the red button, the camera will start recording video, and a clock timer will start.

DAMAGE iD also records AUDIO with the VIDEO. This means you can use your finger to point out damage, while explaining what you see.

Click “STOP” when done. Note that there is a 10-second limit on each of the videos.*

*Why did we decide to limit videos to 10 seconds? We wanted to keep upload sizes small. We also want to keep the walk-around focused on a position for later comparison. (If a rental agent takes a 3 minute video, it becomes really difficult to find damage or compare 2 videos.) Plus, if you take 24, 10 second, videos per case, that gives FOUR MINUTES OF VIDEO PER CASE.

Once the video has been uploaded, visit the “Backend” to compare your videos and photos.

The following video shows how video clips will appear in the Backend.

Question: Does video mean I will pay more for my DAMAGE iD Account?
Answer: No, video is offered as part of your DAMAGE iD account – entirely free for existing users. (We don’t charge by storage space used)

Question: What quality video is used?
Answer: We choose the best quality available on the device

Question: Is any compression or resizing performed on the video?
Answer: No, we do not compress or resize the video

Question: How are videos stored?
Answer: We use MP4 format. Videos are stored in the Cloud, just like the photos.