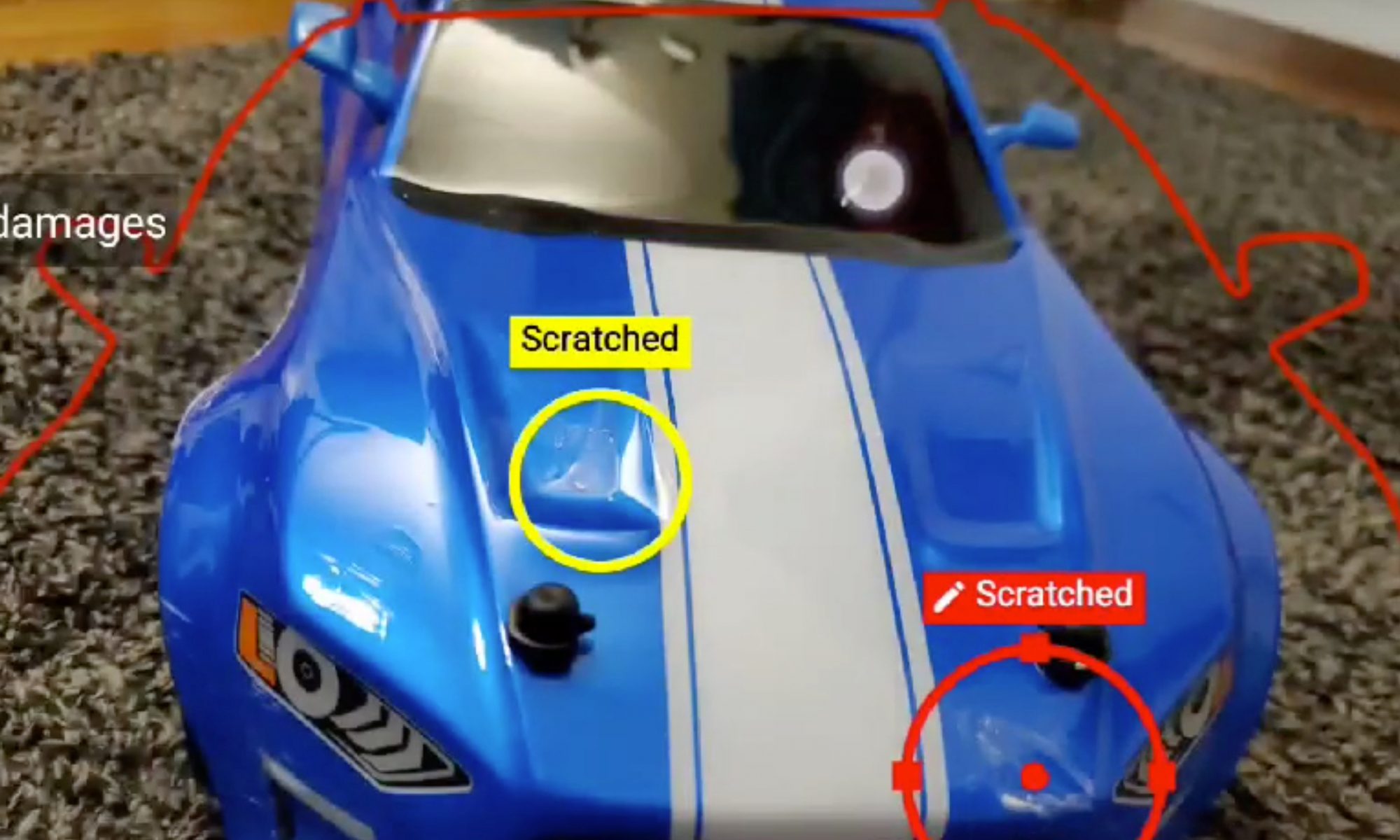 In our most recent Android release, 4.0, you can now add damage directly to the app!

Upgrade your Android version, to be sure you have the latest version of the app.

The new version adds a brief, additional step between each photo or movie that you take. If there is no new damage, click “Next”.

If you see damage, click “CIRCLE DAMAGE” or Double tap on damage location. A red circle will appear. Use your finger to move the red circle to where the damage appears.

If you are unsure if damage is new, click “Show Existing Damages” to show previous damages. They will appear in YELLOW. This allows you to tell the difference between old and new damage!

Choose “damage type” and add comments directly to the damage.

Once photos are uploaded to the Review Portal, you will see the same damage flagged in the Case List.

Once inside the case, the red flag will identify the position where damage was found.

In addition, the circles, comments and damage type will be found in the Case.

The damage circle can be further edited, moved, deleted etc within the Review Portal.

The damage found either in app or in Review Portal is available in the Damage Report, giving you visibility across your entire fleet!

We hope this great new feature helps you keep your fleet damage-free.

We are thrilled to be launching version 4.0 – a great milestone for our product – and our customers!

The new capabilities will be demonstrated at the International Car Rental Show in Vegas!

Great to be getting some press! 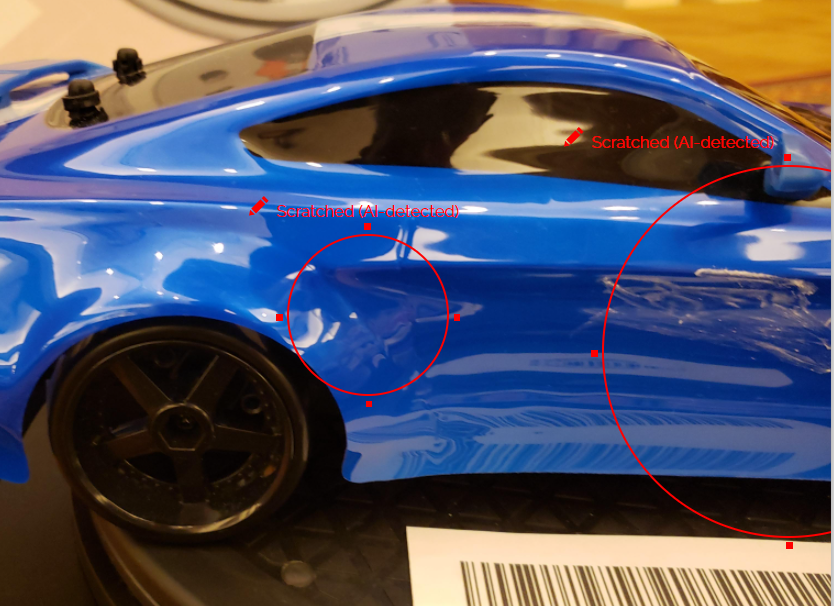 This demonstration was first presented at the 2021 International Car Rental Show in Las Vegas, August 16-17, 2021.

This demonstration shows the capabilities now available with the recent DAMAGE iD, ProofTec Partner(ship) on AI Damage Detection. These capabilities include automatic or AI-based damage detection.

We started the demo wiping the car with a cloth, removing any “damage” or “scratches”.

Next, we asked the audience to mark the damage on the model using a special chalk marker that gave the appearance of a scratch.

Next, we performed a “walk-around” on the vehicle using the DAMAGE iD mobile application (Android version was used for the demo, but IOS/Apple is supported as well), taking pictures of each position.

To make it easy to take different shots of each position, we used an motorized, rotating “lazy susan” .

We did not manually mark the damage, but instead allowed the auto-detection (artificial intelligence module) to capture the damage automatically.

Within the app we can also circle the damage manually – to show both human and AI capabilities work, hand-in-hand.

The photos are then uploaded to the cloud.

Next, we log into the (web based) Review Portal and search by unit number to view the “Case”. The Case shows before and after photos in a pair.

Red flags show that damage has been found.

The flags appear in the Case List and also on the profile icon.

The following video shows the damage was successfully auto-detected.

Damage which is detected by AI is marked “AI Detected” next to the damage type.

The following video shows both the app (Android) and Review Portal software in action.

We had great fun in Vegas doing this demo and the feedback was really positive.

If you missed us at Vegas, please email us at demo@damageid.com for an in-person Zoom version of this demo.

View of the exposition room before opening